Free shipping in Spain and for orders over 70€ in Europe. 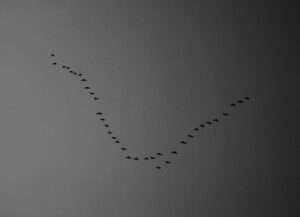 All the orders from 50€ will receive one signed photography from the series Le nom qui efface la couleur by Israel Ariño copied by himself in silver gelatin prints 11 x 14 cm.

“Over the course of history, painters in general and we photographers who work in colour in particular, have made use of the structures, textures and colours of items of clothing, carpets, curtains and other elements within the frame of the image.

Following the programme of these essays, in Banal 7 – Flowers– this resource is no longer a supportive element but, taken to its extreme, becomes a central motif of the images. This exercise helps steer the photographer’s attention towards these supports, which are very useful during the actual process of taking the pictures.”

Flowers is the seventh installment in Cristóbal Hara’s collection the trivial essays.

Cristóbal Hara was born in Madrid in 1946. After a childhood and youth spent living in The Philippines, Germany and the U.S.A, he settled back in Spain in 1980. In 1985 he abandoned black and white photography for colour, showing the considerable influence of the Spanish pictorial and cultural tradition. This was a change which marked a turning point in the search for his stylistic language. In 2016 receives Bartolomé Ros Award for the best Spanish professional career in photography.

As well as having his work published in international publications, Hara has produced several books, including Vanitas, 4 cosas de España, Contranatura, Autobiography, and An imaginary Spaniard

His works can be found in the collections of institutions such as the Stedelijk Museum in Amsterdam, The Art Institute of Chicago and the Victoria and Albert Museum in London, among others.